UPDATE (5:08 p.m.):  The House voted 257-158 on the Smith bill -- a majority but not enough to reach the 2/3rds threshold required for the suspension rules under which the bill was being considered.

There is a skills gap in today’s workforce.  To remain competitive, the U.S. must increase the number of potential workers who hold higher degrees in science, technology, engineering, and mathematics (STEM).  These are the fields that lend themselves to innovation and job creation. Congress has taken up the charge on this issue, and there are several bills in the works right now. 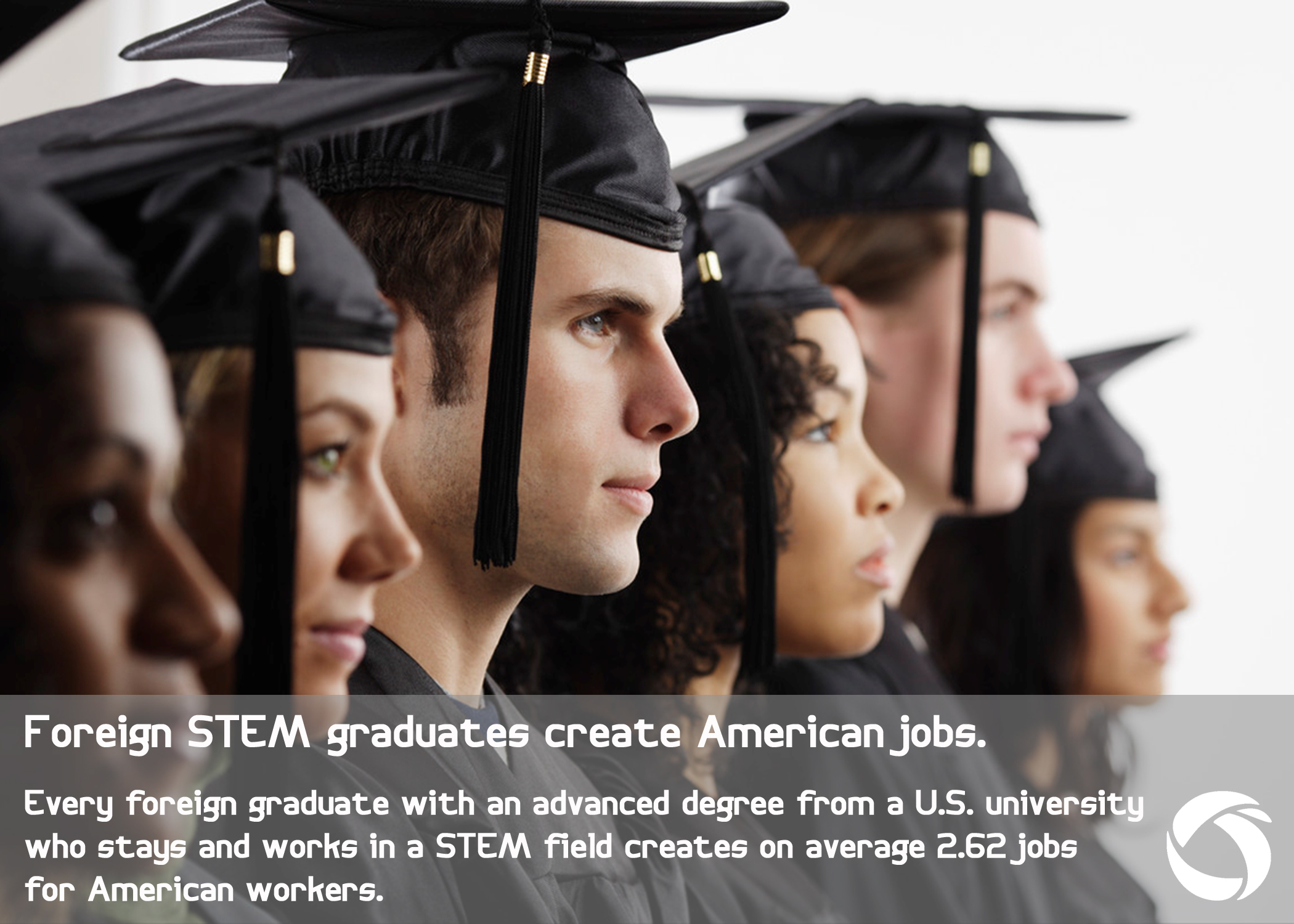 House Judiciary Chairman Lamar Smith, R-Tex, has introduced the STEM Jobs Act.  The STEM Jobs Act would allot up to 55,000 green cards annually for foreign STEM students.  To qualify, students would have to earn their higher degree in the U.S. and agree to work for a U.S. employer for a minimum of five years. In return, these highly educated, foreign-bornworkers create an average of 2.62 American jobs.

A similar bill, as introduced by House Immigration Subcommittee Ranking Member Zoe Lofgren, D-Calif., also would increase green cards for foreign STEM students, but would retain the diversity lottery.  While the overall aim is the same, the differences may be enough to halt legislation in a Congress that is so divisively partisan.  The key to keeping the U.S. competitive and creating more STEM jobs will be in compromise.

Editorials in today’s Bloomberg and Washington Post opinion sections take on the impending bills currently before Congress, evaluating their differences and how, without bipartisan support, the true loser would be the U.S. economy.

The Bloomberg piece focused on the critical need for the visa increase:

The bill fills a vital need. The U.S. educates thousands of foreign students who go on to work -- and start businesses -- in other countries. A recent study by the American Enterprise Institute and the Partnership for a New American Economy found that high-skills immigrants not only contribute to U.S. productivity, but also generate jobs here. A foreign-born worker with an advanced degree from a U.S. university creates, on average, 2.62 American jobs.

Yet, despite the benefits, the Post warned that politics could get in the way of progress -- again -- and urged the House to work together on a solution.

What’s clear is that, without a deal, this country is the loser. Globally, demand for STEM graduates is soaring and competition is stiff. Canada, Britain and Australia have all structured their immigration rules to favor their job markets. China is offering cash and other incentives to lure Chinese scientists home after they have trained overseas. Meanwhile, the U.S. system remains tilted in favor of foreign relatives of citizens and permanent residents.

There’s no mystery about the entrepreneurial energy and talent that foreign STEM graduates have to offer. Increasingly, they dominate engineering and other scientific departments at top universities around the country. In the decade ending in 2005, the founders of half the firms in Silicon Valley were born overseas. Allowing them to slip through the cracks of this nation’s broken immigration system, and into the arms of rivals in other countries, is a recipe for long-term economic decline.

A vote is expected in the House later today.  ITI urges that House members vote 'aye' -- for the bill and for America's economic future.