The final candidate on our Veepstakes shortlist is the junior U.S. Senator from South Dakota, John Thune.  Senator Thune began his career as a legislative aide to the late Senator James Abdnor, who served as South Dakota’s Senator from 1981 till 1987.  Abdnor was defeated by Tom Daschle in 1986, and Thune subsequently took up a post in President Reagan’s Small Business Administration before returning to South Dakota to work with the local branch of the Republican Party.  In 1996, Thune was elected to the U.S. House of Representatives, where he served three terms for South Dakota’s At-Large district. In 2004, he ran for Senate, and upset Senate Majority Leader Tom Daschle -- the very man who had defeated his former boss. 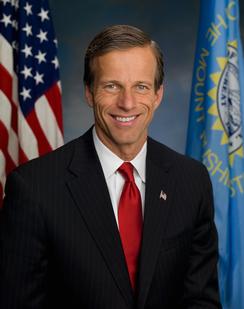 On tax policy, Senator Thune has proved to be a staunch supporter of comprehensive reform, echoing the tech community’s call for a lower corporate tax rate and the introduction of a competitive territorial tax system.  Thune was one of a number of Senate Republicans who sent a letter with recommendations to the Joint Select Committee on Deficit Reduction in 2011, including the reduction of the corporate tax rate to at least 25 percent and “the adoption of a territorial tax system as an anchor for corporate tax reform.”  Thune has been a critic of the U.S. government’s inability to keep pace with the tech industry’s innovative capacity, commenting that “while America’s high-tech businesses like IBM, Google, eBay, and Amazon have led the world in innovation, the federal government has lagged far behind and shackled the industry with an outdated tax system and policies on trade, patents, and Internet regulation that do not suit a fast-changing business environment.”

In 1998, at the height of the information technology boom, then-Representative Thune voted for a temporary increase in the H-1B high-skilled visa, a major priority of the tech community at that time.  He also supported another temporary increase in 2000.  On energy, Senator Thune would like to see the U.S. reach a stage where, by 2025, 25 percent of the country’s energy would come from renewable sources.  He supports tax incentives for alternative energy, and stated last year, “[W]hile our nation will remain dependent on fossil fuels in the short term, alternative energy supplies should be part of an all-of-the-above strategy.”

Senator Thune is a strong proponent of free trade, saying in a speech that “expanding trade opportunities creates American jobs.”  During his time in Congress, Thune has voted in favor of free trade agreements with a number of nations, including Oman, South Korea, Columbia, and Panama.  He voted for establishing Permanent Normal Trade Relations (PNTR) with China, and more recently has spoken in support of PNTR for Russia, noting, “If we are serious about job creation, we need to continue to open new markets in order to create new opportunities abroad for America entrepreneurs.  Normalizing trade relations with Russia will help accomplish that.”