TI Is Re-Energizing Electronics Classes at UC-Berkeley
May 11, 2012 by Tom Gavin (Formerly of ITI) View all posts by Tom Gavin

We’ve talked a lot recently about the gap between the kinds of jobs available right now, and whether the workforce has the skills to match them.  The resounding answer has been no.  Too many people lack the skills to take on the jobs in today’s economy.  That’s why, at TechElect, we focus on STEM – science, technology, engineering, and mathematics – education.  These are the areas of education that will most benefit young people as they move from their classrooms to the workforce.  In fact, as Change the Equation has noted, there are more STEM jobs than there are job applicants.  Across the STEM fields, job postings outnumber unemployed people by almost two to one. 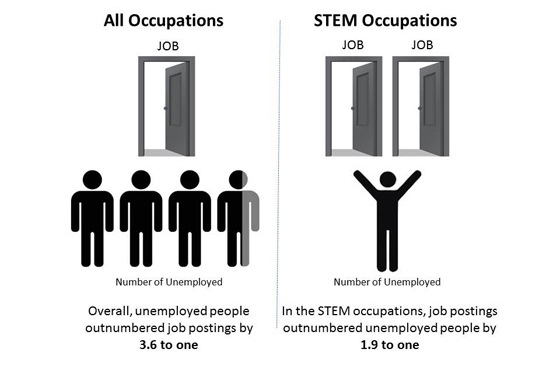 On Thursday, ITI member Texas Instruments took a step toward bridging the gap between available jobs and a skilled workforce when the company announced a $2.2 million gift to the University of California, Berkeley, to transform its traditional introductory Electronic Design Lab into a dynamic learning environment for undergraduate students.  The renovated lab will connect to the school’s Mixed Signals Laboratory, originally funded by a gift from National Semiconductor, now owned by TI.

Professor Costas Spanos, chair of the Department of Electrical Engineering and Computer Sciences at UC Berkeley, put it best:  “This is a unique opportunity to introduce a new generation of engineering students to the fun of building things that matter.”

This isn’t TI’s first foray into supporting young people and their education.  In March, the company announced that it would build the TI Silicon Valley Labs, a focused center for research and collaboration with universities and customers on disruptive analog and mixed signal technologies.  TI also has stepped up in providing students across the country with the opportunity to learn, first-hand, what it takes to work in the tech sector.  In the U.S. alone, TI has increased internships by 85 percent during the past three years.

TI and other ITI members understand the tech sector needs to be an active partner in developing the skills and knowledge base for America’s young people – to educate tomorrow’s innovators.  Our political leaders need to understand that, too, and make STEM education a focus of any set of education priorities that they champion.