It is easy to forget during this political season that there are positive examples of the public and private sectors working together to advance shared interests.  This week, ITI and the U.S. Environmental Protection Agency (EPA) jointly convened a dialogue on the ENERGY STAR® program that reaffirms the mutual benefits that strong and focused public-private cooperation can generate.

Twenty years ago, in June 1992, EPA introduced ENERGY STAR® as a voluntary labeling program designed to identify and promote energy-efficient products to save energy and save money.  ITI, then named the Computer and Business Equipment Manufacturers Association (CBEMA), and our members were right there with the EPA embracing this voluntary initiative.  As a result, computers and monitors were the first products in the program because of their ability to automatically “power down.” (Check out the original ad in Roll Call from the launch of ENERGY STAR®). 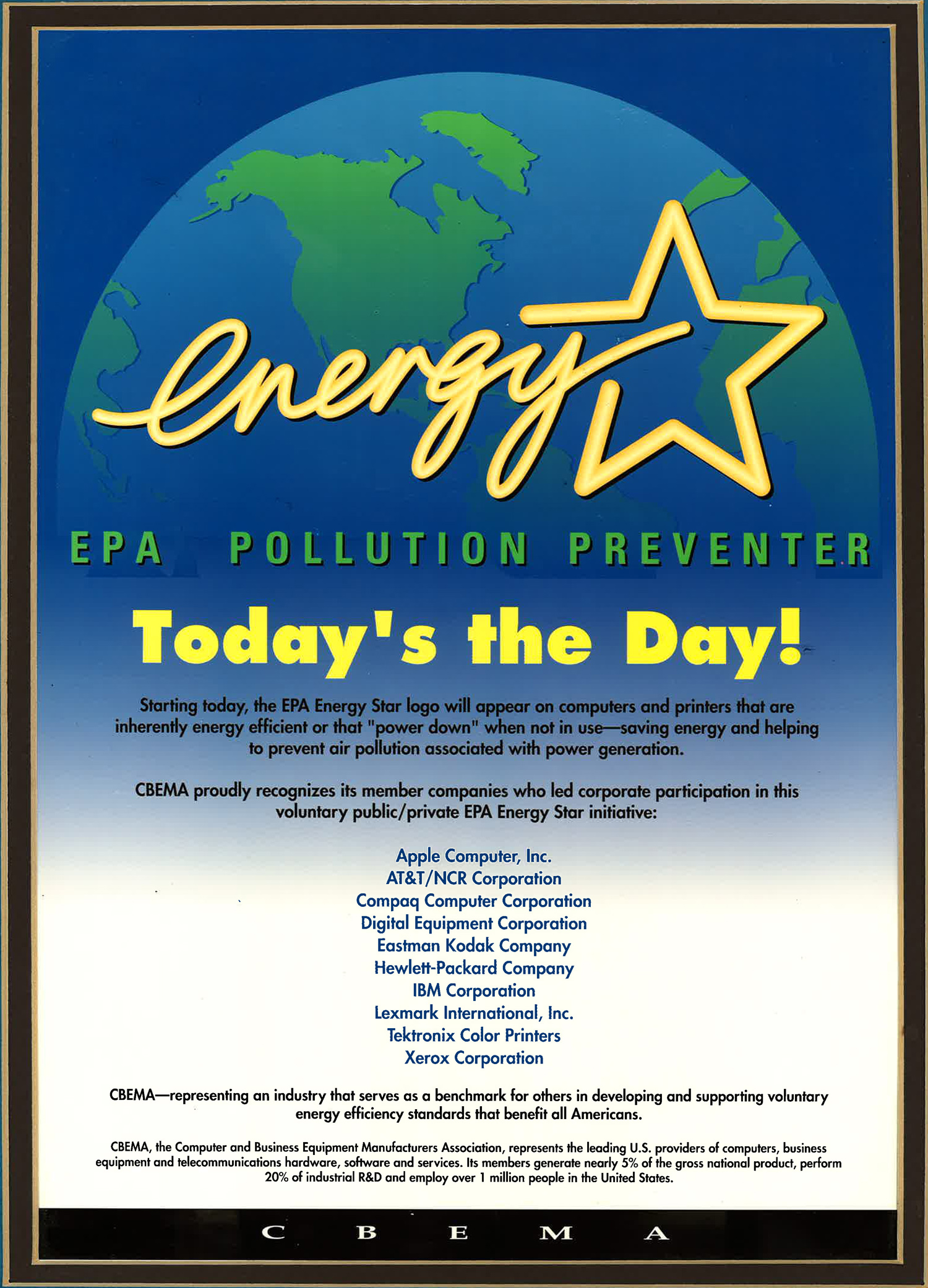 While the process hasn’t always been easy, we have learned important lessons throughout.  And the result is that, today, the ENERGY STAR® public-private partnership has powered forward and expanded to cover more than 20,000 private and public sector organizations, including major appliances, office equipment, lighting, new homes, commercial and industrial buildings, and over 60 product categories.

Moreover, ENERGY STAR, in partnership with innovators like those in the tech sector, has been a force in saving money, scaling innovative technologies, and sustaining our planet.  The results are tangible and immense.  In fact, Americans, with the help of ENERGY STAR, saved enough energy in 2010 alone to avoid greenhouse gas emissions equivalent to millions of cars — all while saving billions of dollars on their utility bills.  During the past decade, the ENERGY STAR public private partnership has been a driving force behind the more widespread use of such technological innovations such as efficient fluorescent lighting, power management systems for office equipment and data centers, and low standby energy use.

This week, many of the stakeholders in that process met here at ITI to participate in an EPA/ITI co-hosted workshop aimed at continuing to solidify the partnership for the future and enhance America’s global leadership in this arena.  Without fanfare, EPA officials, policy experts, business leaders, and engineers sat together to identify opportunities to advance the next technologies to save consumers money while sustaining the planet.

The high impact of the government and the private sector working collaboratively in the context of energy efficiency raises the question of why we aren’t doing the same in other important areas.  There are a host of areas, including cybersecurity, where we can achieve near-term measurable gains if the public and private sectors spent more time sitting at the same table.  If we follow it, the example from ENERGY STAR® can be a guiding light toward finding solutions to some of the biggest challenges we face.