A Path to Immigration Reform
January 15, 2013 by Tom Gavin (Formerly of ITI) View all posts by Tom Gavin

Politico Pro and ITI member Cognizant co-hosted a great conversation this morning focused on immigration, technology, and the 113th Congress.  ITI's Dean Garfield was a panelist, and made the case that there is bipartisan support in Congress for high-skilled immigration reform, and, if done right, such an approach can lead to a stronger economy and greater job creation across the country.

In his remarks, Dean noted that immigration reform does not need a new approach; rather, it needs bipartisan leadership to come together with good ideas that are already on the table.  That includes these core elements of a reform plan: 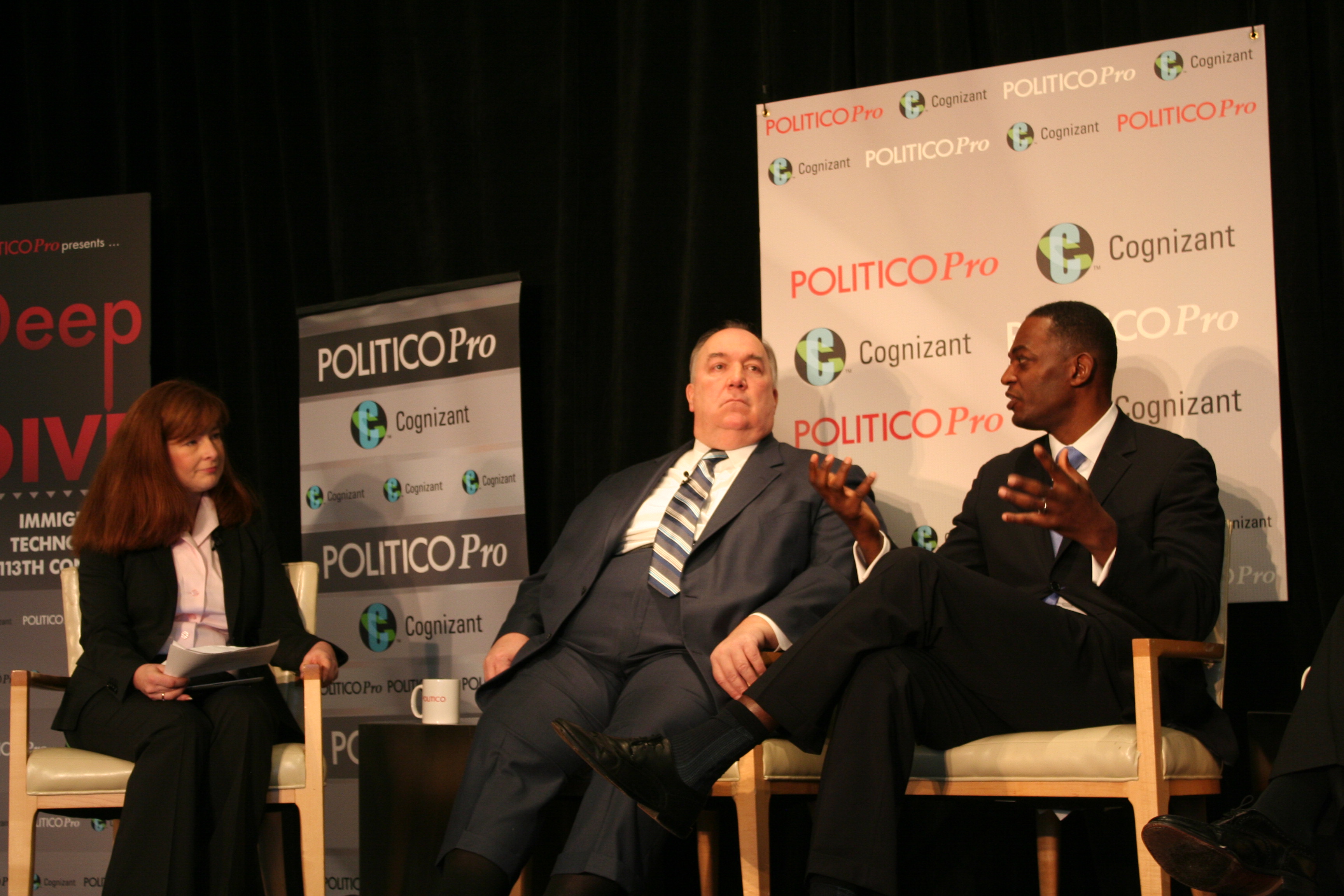 This is a challenging issue but we know all the good ideas.  They've already been put on the table.  You don’t have to get a group of rocket scientists to move them forward here.

It was a point that U.S. Rep. Zoe Lofgren, D-Calif., echoed later in the discussion, when she pointed out that there are just a few sticking points separating the two parties on immigration reform.

I’m sure that we can work out the details.  I think we have an opportunity but really it’s a decision that the Speaker [of the House] needs to make on whether were going to proceed.  I think going back and forth about what happened in the past is probably not that helpful . . . The question is what are we going to do now.  I think we have a great opportunity potentially to work this out in the House and the Senate and get something done that’s going to be great for our country.

Business Roundtable President John Engler hoped that lawmakers would take advantage of the moment, but do so out of the glare of the television cameras while they make the tough decisions.

U.S. Rep. Jason Chaffetz, R-Utah, urged a similar bipartisan, bicameral approach, building on the success of high-skilled immigration reform that passed the House in the last Congressional session with more than 400 votes.  He says that this achievement can be the foundation for progress.

We have tackled part of this.  It didn't solve everything, but it did take an important step forward.  As we now move into the 113th Congress, we have an opportunity and an obligation to continue to push that forward.

ITI’s Garfield agreed, noting that the House and Senate may take different paths, but have the chance to get to a positive end result.

We may get a comprehensive approach in the Senate while a separate and different approach proceeds in the House.  As long as those two things come together in a reasonable solution, I think there’s a real opportunity to resolve this challenge.

Participants also focused on one of the priorities in this debate for the tech sector, namely, addressing the skills gap in the U.S. economy.  Once more, ITI's Garfield:

The national unemployment rate is a bit below 8 percent.  If you look at the unemployment rate for those who have PhD’s or Master’s in any of the science or stem fields -- science, technology, engineering, or math -- it’s below 3 percent.  There is a significant skills gap in this country and it’s something we have to deal with.

Last November, ITI, along with the Partnership for a New American Economy and the U.S. Chamber of Commerce, released a study showing that we have a significant skills gap in the U.S. workforce specifically for workers with advanced degrees in science, technology, engineering, and mathematics (STEM).  The report gives evidence that foreign-born STEM workers complement -- not displace -- American workers, and that the American economy is facing a shortage of STEM talent.   While some may argue that this should be a clarion call to America’s educators, and not a reason to expand the number of visas for high-skilled immigrants, they miss the point.  This isn't a case of U.S. workers versus foreign-born workers.  Our innovation potential depends on both sets of workers.

You can watch the archive of the conversation at the Politico site.