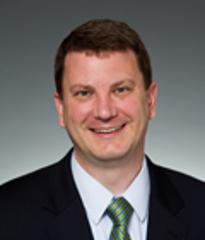 Tom Gavin leads ITI’s strategic communications, media, and outreach efforts. He joined ITI after serving for three years at White House, where he most recently worked as special assistant to the President and director of Cabinet communications. In that role, he worked closely with Cabinet Secretaries and other federal agency leadership in Administration-wide communications efforts. He developed expertise in shaping and executing media and outreach strategies for key economic and other domestic policy issues.

Prior to this position, he served as White House director of media affairs, leading the Administration’s regional and constituency media teams. He started with the Obama Administration as deputy associate director for strategic planning and communications in the Office of Management and Budget.

Gavin worked as senior director of U.S. Communications for ONE, a global grassroots advocacy and campaigning organization that fights extreme poverty and preventable disease, particularly in Africa. While there, he helped to lead innovative, award-winning outreach initiatives, including ONE Vote ’08 and the ONE Campus Challenge. He served for more than nine years handling communications strategy for U.S. Senator Robert C. Byrd, D-W.Va., and the Senate Committee on Appropriations, and almost three years as press secretary to U.S. Representative Bob Wise, D-W.Va.

Before his work in government and the non-profit sector, Gavin was an award-winning radio journalist in West Virginia and Illinois.