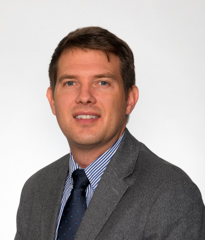 John Lenhart is ITI’s director of global policy focusing on the Asia-Pacific region. In this capacity, John helps coordinate information and advocacy efforts related to ITI member company operations in China and other priority Asia markets.

Before joining ITI, John worked as director and chief representative of the U.S.-China Business Council’s (USCBC) Beijing office, where he was in charge of managing and implementing all USCBC research and advocacy initiatives in Beijing.

John has been working in China business and policy related fields for over a decade. Beginning in 2003, John spent four years in Shandong province working as a liaison for an American furniture company with operations in the region. Following his years in Shandong, John worked analyzing Chinese policy and bilateral commercial relations between the U.S. and China, first as an analyst for political risk consulting firm The PRS Group, and later joining USCBC.

John received his M.A. in International Studies from the Johns Hopkins SAIS-Nanjing University Center for Chinese and American Studies and graduated with honors from Skidmore College with a B.A. in International Politics. He is a member of the National Committee on U.S.-China Relations and is fluent in Mandarin Chinese. John lives with his wife and two daughters in Washington, D.C.