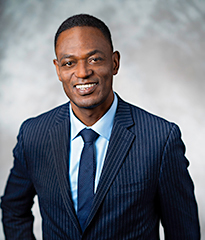 Dean Garfield is the President and CEO of ITI. Since taking on this role in 2009, Dean has built ITI into the global voice of the tech sector and membership has nearly doubled. He leads a team of professionals who, combined, bring nearly three centuries of advocacy experience to bear on the most complex policy challenges facing the world’s leading and most innovative technology companies.

Dean has worked to foster a policy environment that embraces cutting-edge research, game-changing technologies, and national economic champions as central to the foundation for sustained job creation and growth. The results: the tech sector has continued to grow despite global economic challenges. Companies are expanding — putting more people to work, creating breakthrough products and services, and expanding into new markets with enormous opportunity. Under Dean’s leadership, ITI has defined the tech agenda for global policymakers, expanded its membership and influence, and launched a foundation that serves as the preeminent thought leader on innovation. ITI has deepened its expertise on core issues — from trade and new market development to taxes, from cloud computing to core standards. During Garfield’s tenure, ITI’s advocacy experts have helped to achieve critical legislative victories in the U.S. and internationally, knocking down barriers to innovation, strengthening America’s economic competitiveness, and advancing sustainable technologies that will be at the heart of 21st century innovation.

Prior to joining ITI, Dean served as Executive Vice President and Chief Strategic Officer for the Motion Picture Association of America (MPAA). While there, he developed the association's global strategies, securing accomplishment of key operational objectives, forged industry alliances on behalf of the MPAA, and led the MPAA's Research and Technology Departments. Dean also represented the MPAA before legislative bodies and at key conferences around the world, including the European Commission and Oxford University.

Dean also served as Vice President of Legal Affairs at the Recording Industry Association of America (RIAA). He helped to develop the organization's comprehensive intellectual property policy and litigation strategies and managed several of the United States' most important intellectual property cases, including the Grokster/Kazaa case, from its filing to its resolution at the Supreme Court.

He received a joint degree from New York University School of Law and the Woodrow Wilson School of Public Administration and International Affairs at Princeton University. He was a Ford-Rockefeller as well as a Root-Tilden-Snow scholar.

In 2015, Dean was named Top Lobbyist by The Hill for his leadership of ITI and his work with companies and stakeholders to make tech a more diverse and inclusive industry. Dean was honored with the first REACH Breaking Barriers Award in May 2010, recognizing him for his deep commitment to leading the world’s most dynamic industry in its efforts to support and inspire young people to develop the important science, technology, engineering and math (STEM) skills they must have to become tomorrow’s scientific problem solvers. Dean serves on the boards of College for Every Student, the SEED School of Washington, D.C., and serves as the Board President of Aiden Montessori School. He has been featured in several national publications, on National Public Radio (NPR), CNBC, and Bloomberg TV News, representing the tech industry on the issues that matter most to the sector.